skip to main | skip to sidebar

Australia is Not So Far As We Can Imagine! 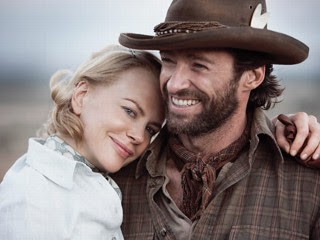 One of my dream is to travel in Australia, as it's one of my favourite countries. I adore everything in it: weather (e.g. it's spring now there), people, nature (yes-yes I adore it)... But I can judge about it only by movies, films as I've never been there yet (but I hope that one day my dream will come true). Being a teenager I was astonished by a book "The Thorn Birds" (Collen McCullough), the nature of the country was discribed so vividly that a reader can easily imagine a citezen or a tourist. Great!
So, the other day I read in the Internet that a new movie goes into production where Nicole Kidman and Hugh Jackman star there ("Australia"). Tourism promoters claim the real star of the movie is the country itself. The movie opens internationally on Nov. 26.
What is it about? The film follows the story of a noblewoman on a cattle drive in Australia during World War II. The movie was filmed largely in rugged Western Australia, notably in and around the small town of Kununurra, a three-hour flight north of Perth, and in the California-sized Kimberley wilderness region.
As the director of the film said, that tourism numbers will rise after the movie would be released.

credit cards surfer
Spokane Valley, Washington
I am a young woman who loves good credit card deals. I cann't have them all so I've decided to create this blog to share information on credit card offers with anyone who is smart enough to use credit cards!